The Worcester, Massachusetts tornado of June 9, 1953, was the final event from a three-day tornado sequence. Severe storms began on June 7th over the central plains before spreading into Michigan and Ohio on the 8th. A total of 46 tornadoes occurred over the three day period, including a powerful, F5 tornado in Flint, Michigan on the 8th.

Facts: The F4 tornado tracked 48 miles across central Massachusetts in 84 minutes. The official number of fatalities is 90, making it the 22nd, deadliest tornado in the US. However, a book by John M. O’Toole, 84 Minutes, 94 Lives, indicates as many as 94 were killed by this storm. The Storm Prediction Center's database reflects 94 deaths. The tornado traveled southeastward before curving to the northeast after Worcester. While it was rated an F4, this storm did produce near F5 damage to the Uncatena-Great Brook Valley in northeastern Worcester. Rows of entire homes were swept away in these neighborhoods.

Neighborhoods in Worcester impacted by the tornado. From, "An Exploratory Study of Individual and Community Behavior in an Extreme Situation, Tornado in Worcester." Page 18[/caption] [caption id="attachment_5292" align="aligncenter" width="592"]

Neighborhoods in Worcester impacted by the tornado. From, "An Exploratory Study of Individual and Community Behavior in an Extreme Situation, Tornado in Worcester." Page 49[/caption]

Statistical analysis from the National Academy of Sciences Committee on Disaster Studies published in 1956 indicates about 2500 dwellings in the impact area in Worcester. The entire disaster area saw 4000 buildings damaged or destroyed. 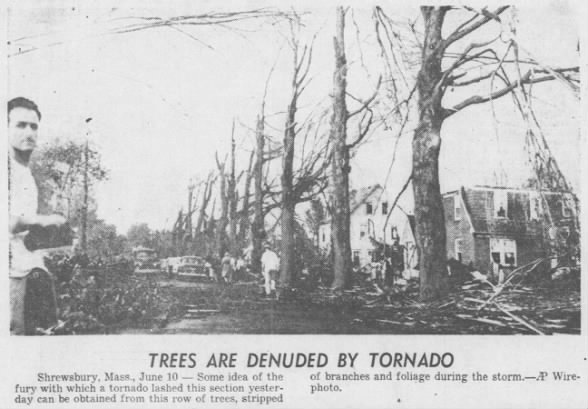 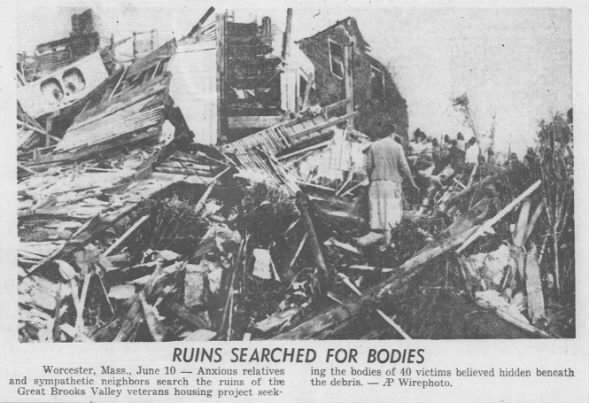 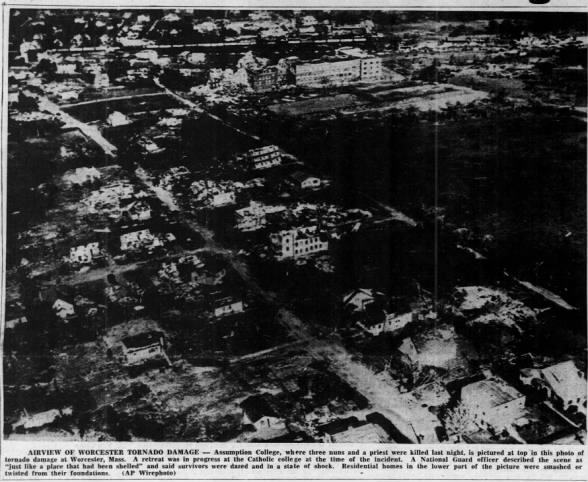 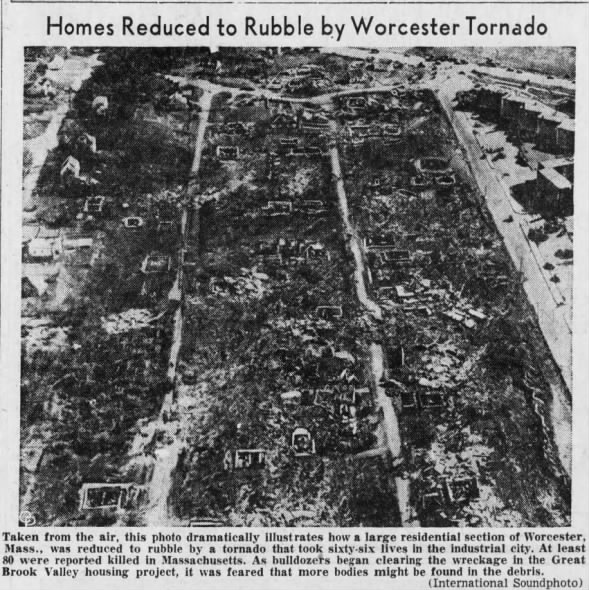